With agricultural scientist Dr. Karl-Heinz Frieden on the Moselsteig stage No. 03 from Nittel to Konz. 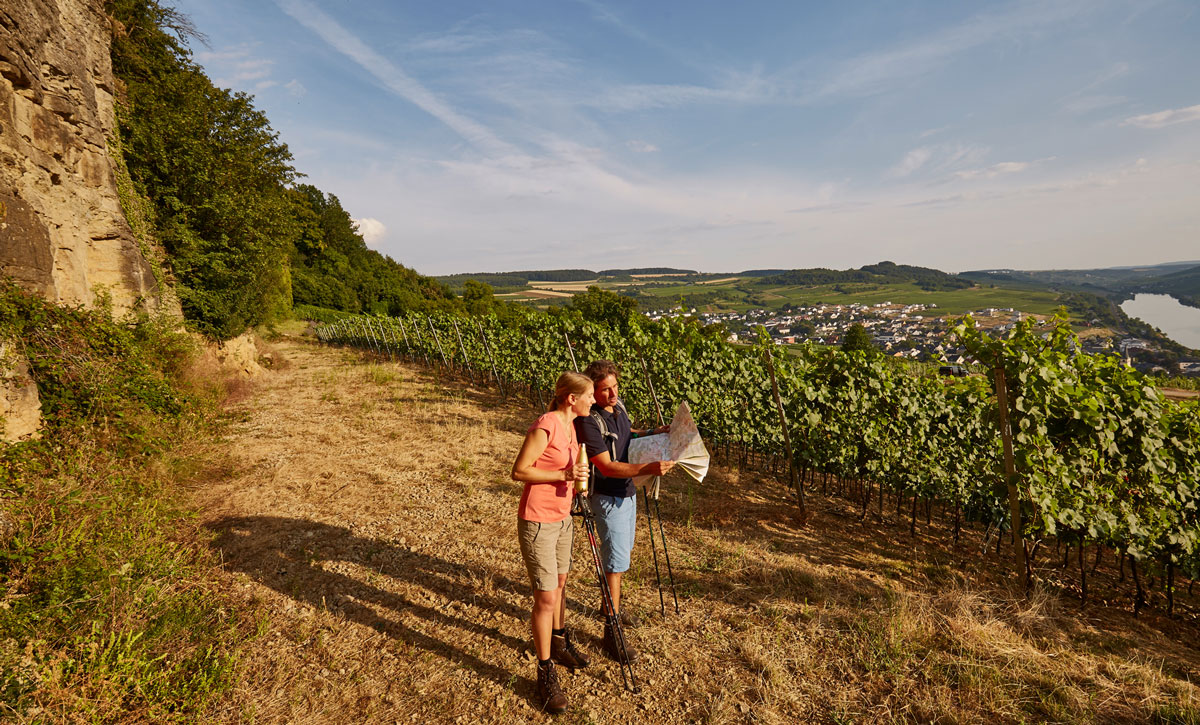 Steep rock faces and expansive fields characterize this stage. Shortly after leaving the wine-growing community of Nittel, hikers are rewarded with a breathtaking view across the Moselle valley and of impressive shell limestone rocks. The visible sediment layers of this cliff, created 210 million years ago by the Triassic Sea, reveal a piece of the earth's history.

The varied Moselsteig path leads along these rocks through the Nitteler Felsen nature reserve. Past orchid meadows, where you can admire these rare plants in their natural environment. On steep paths through the forest, the route finally leads along old stations of the cross down to Wasserliesch and later to the town of Konz. 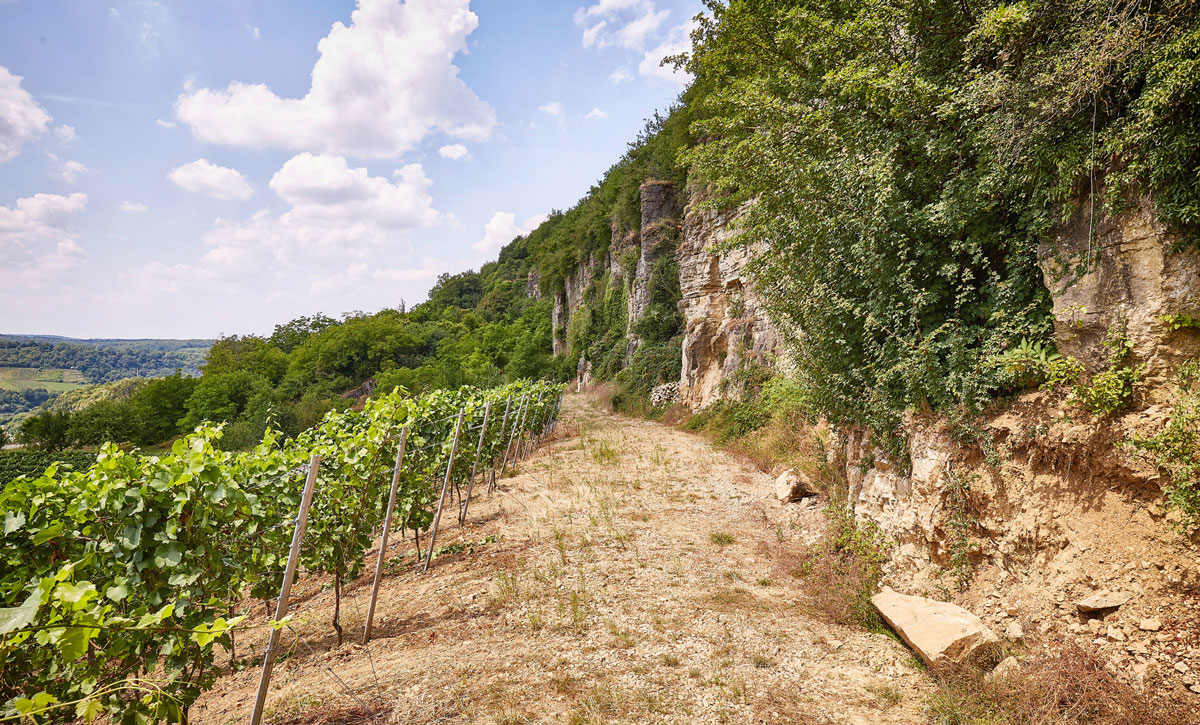 On a sunny Saturday morning in early summer, I meet up with the agricultural scientist Dr. Karl-Heinz Frieden at the stone sculpture «Knee with joint» on the outskirts of Nittel, in the vineyards, directly on the Moselsteig route. Today, we intend to hike the Moselsteig stage from Nittel to Konz together. The sculpture at our meeting point was created in 2001 by the Salzburg artist Hartwig Mülleitner as part of the sculpture symposium «Stones on the River». Talking about the location, Mülleitner says, «I was fascinated by the amazing view of the Moselle and the river knee. A small village in the twist of the river, which could be seen from the vineyards, looked as if it was bending the river.»

Karl-Heinz played a strong hand in the realization of this symposium when he was the mayor of Nittel from 1990 to 2006. Born in 1957 in Trier, Karl-Heinz grew up in Nittel, studied agricultural sciences from 1977-1981 at the Georg-August-University in Göttingen and at the Friedrich-Wilhelm-University in Bonn and received his doctorate in 1984. His doctoral thesis naturally involved the topic of grapes and viticulture, among other things. 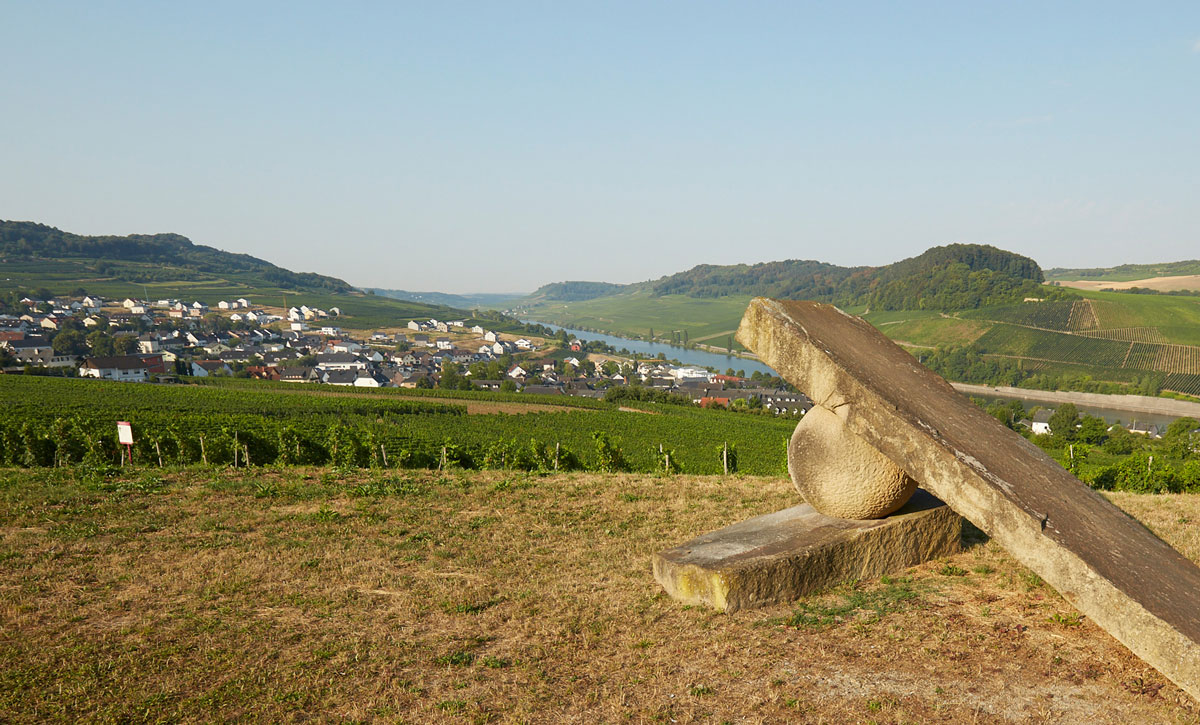 After a warm welcome, we set off for the vineyards and directly below the shell limestone rock mass, we let our gaze wander up to the imposing rocks and down over the vines in bloom into the Moselle valley. The smell of the vine blossoms tries to beguile us but, next to a vineyard, the path goes steeply downhill, and alert senses are required here. The trail then climbs moderately and leads us, with a constantly beautiful view into the lovely Moselle valley, to the start of the Nitteler Felsenpfad [Nittel Rock Path]. But before reaching this point, we admire another stone sculpture made from limestone, which is called «Großer Zeiger» and was created in 2001 by sculptor Jürgen Waxweiler, who lives in Traben-Trarbach an der Mosel and in Johannesburg, South Africa.

The following section requires sturdy footwear and sure-footedness, as the trail always lies close to the edge of the slope, first on a steep ascent before becoming a little flatter and with repeated fantastic views of the village of Nittel and the sweeping Moselle landscape. With our respective skills as a runner and experienced hiker, Karl-Heinz and I master this task with flying colours.

The Moselsteig leaves the Nitteler Felsenpfad on an open meadow slope. After a short, steep ascent we reach the plateau and the landscape changes dramatically in comparison to the section we have just hiked. The view reaches far beyond the intensively farmed areas; the Moselsteig now leads along field, meadow and forest paths through a landscape dominated by agriculture. At the edge of the slope we reach a resting place above the village of Fellerich. With a wonderful view of Fellerich, Tawern and far into the Hunsrück, we are now half-way to Konz. 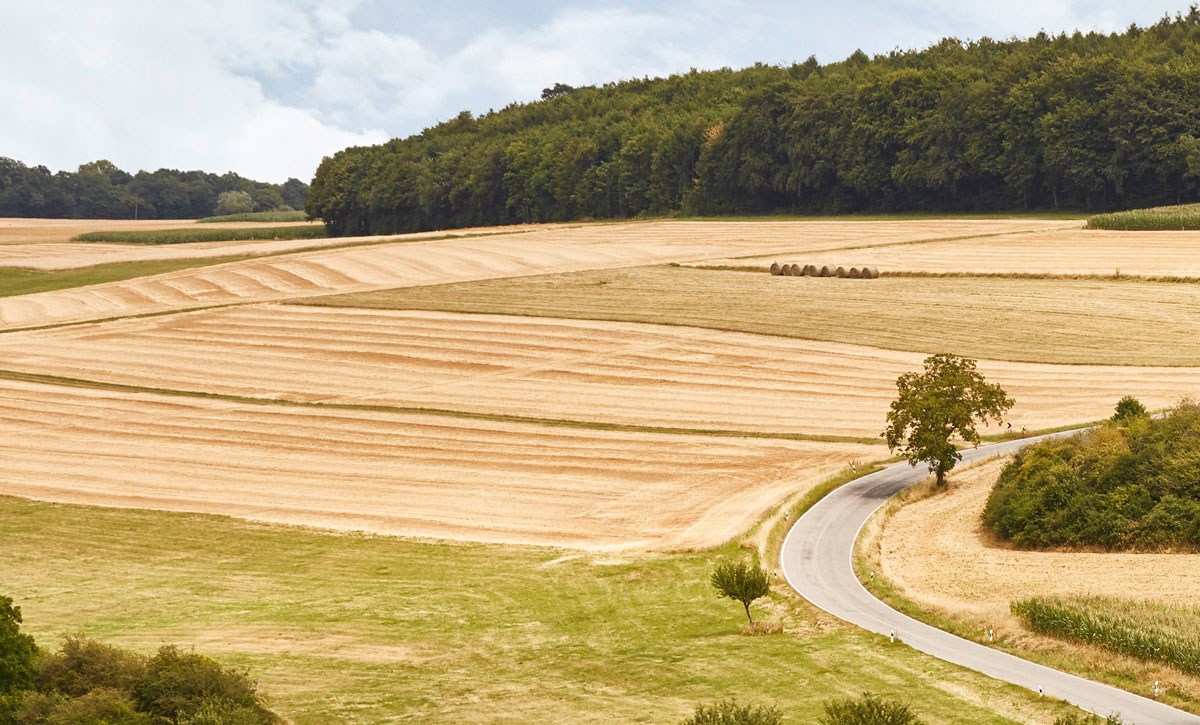 It's time for a lunchtime snack. As there is nowhere to stop off for a bite to eat on this stage of the Moselsteig, we have brought our own provisions in our backpacks. After enjoying our refreshments, we have a lot to talk about, as we haven't seen each other for a long time. Karl-Heinz has moved the focal point of his work to Mainz and I am enjoying my retirement in Nittel when I'm not on the road. After working at the Bureau for Viticulture in Koblenz, as head of the vocational school for agriculture and viticulture in Bernkastel-Kues, as head of the Bureau for Viticulture in Wittlich from 1994 to 2006, as alderman for two years and from 2008 to 2017 as mayor of the community of Konz in personal union as mayor of Konz, Karl-Heinz has been managing director of the Association of Municipalities and Towns in Rhineland-Palatinate since the beginning of 2018, based in Mainz.

We chat about the many common activities in his time as mayor in Nittel and Konz and my freelance work as civil engineer as well as my various activities in the areas of art and culture. Here, I would like to emphasize the establishment of the event «German-Luxembourgian Wine Happening» in Nittel and in Luxembourgian Machtum in 2006 which, after years of intensive efforts on both sides, was decided only shortly before the date for Nittel fair and Machtum «Wäin-Schmaachen». A suitable name and a logo had to be found almost overnight. Karl-Heinz was responsible for the logo and I for the name − and both are still being used today. One year later, the event was honoured as an «exemplary European project» by the German Foreign Office. 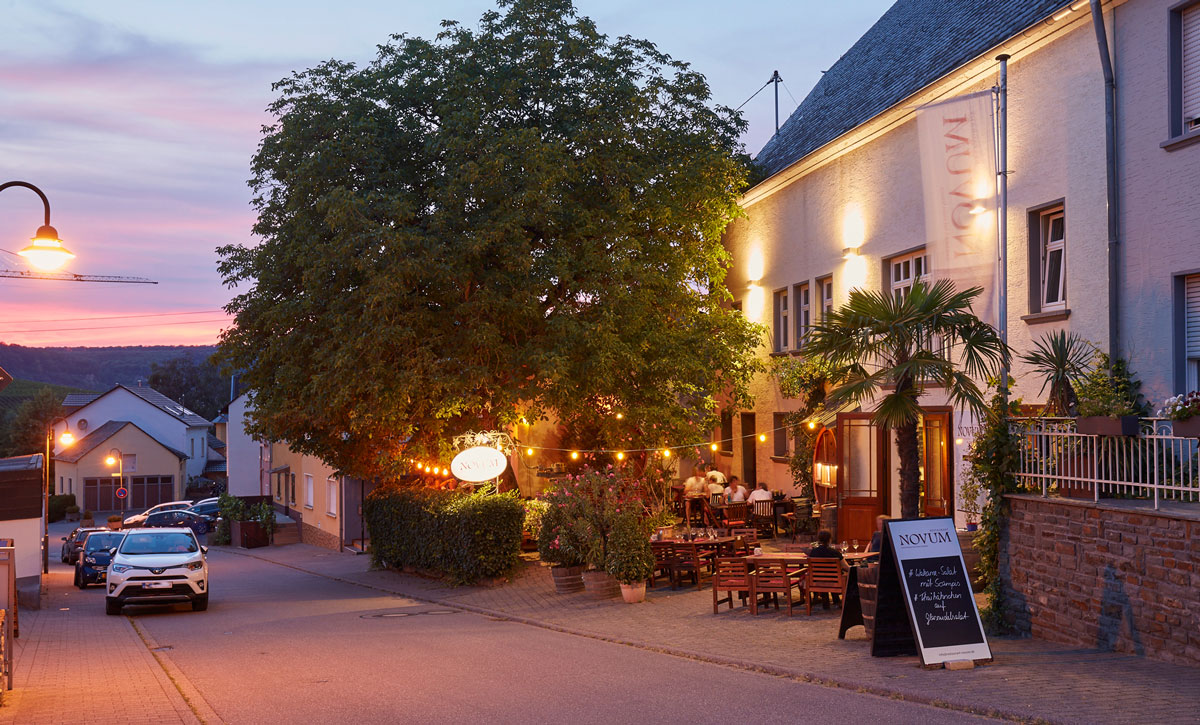 Back to the hike: We now continue our tour at the same altitude above the vineyards of Fellerich and later downhill through the «Albachtal». This is followed by the long and steep ascent through the forest to Löschem Chapel and our hikers' hearts beat faster: The chapel stands directly on the steep cliff edge. From here we have a magnificent view towards the east to Konz, with the mouth of the river Saar and the Moselle valley, all the way to Trier, as well as towards the north, far into the Eifel.

The descent from the chapel now leads us down a very steep path with stations of the cross. We hike through an impressive beech forest and reach the edge of the village «Wasserliesch», which we cross through a residential area. Over meadows and forest paths we reach the bank of the Saar, which we cross via the busy Saarbrücke bridge. Via Granastraße we reach today's destination − «Konz-Mitte» train station.

After enjoying a cappuccino and a hot chocolate in the café opposite the station, we board the regional train towards France at 5.17 p.m. and reach our hometown of Nittel 16 minutes later. We have reserved a table for this evening in the restaurant «Novum», which is located in the former cowshed of Karl Heinz's parental winery. Our wives, Maria and Rita, as well as Karl-Heinz, are old classmates from back in primary school. We relax together from the enjoyable and exhausting Moselsteig hike until shortly before midnight with good Nittel wine, specialities from the Moselle region and interesting conversation.

Nittel is an ideal starting point for excursions, bicycle tours and hikes in the three-country triangle.

In Nittel an der Mosel you can enjoy yourself and live life to the full.