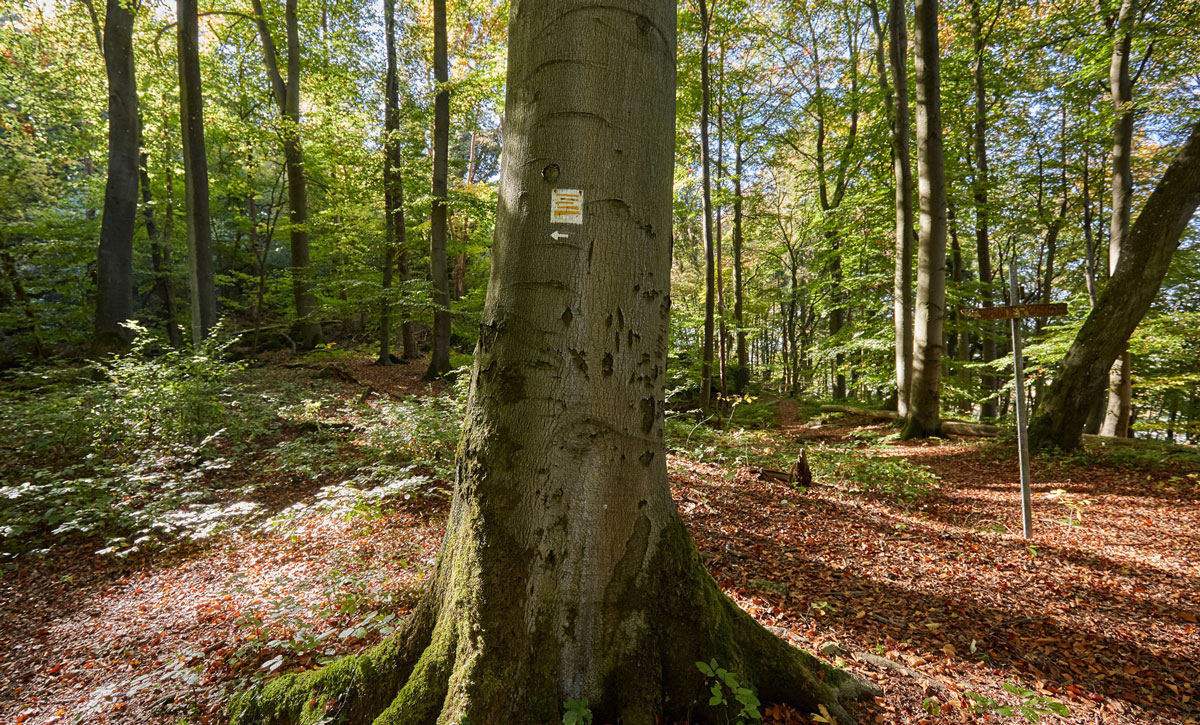 With its total distance of 365 kilometres, the Moselsteig is not only one of the longest, but also one of the most diverse high-quality long-distance hiking trails in Germany: surprising in its diversity, demanding in its length and delightful in its nature. In 24 individual stages, the Moselsteig accompanies the entire length of the Moselle in Germany, from Perl at the German-French-Luxembourgian border to the estuary at the Rhine at the «Deutsches Eck» in Koblenz. The second stage of the Moselsteig surprises with its particularly varied trail. It begins in Palzem, the southernmost Moselle community in Rhineland-Palatinate, directly at the border to Luxembourg. The majestic «Helfant Cathedral» with its twin towers is certainly worth a visit. The trail continues over short, steep inclines, through forests and across meadows. There are repeated opportunities to stop and rest for a while at impressive vantage points along the way. Finally, the trail takes you through the vineyards along an old way of the cross and down into the wine-growing village of Nittel. 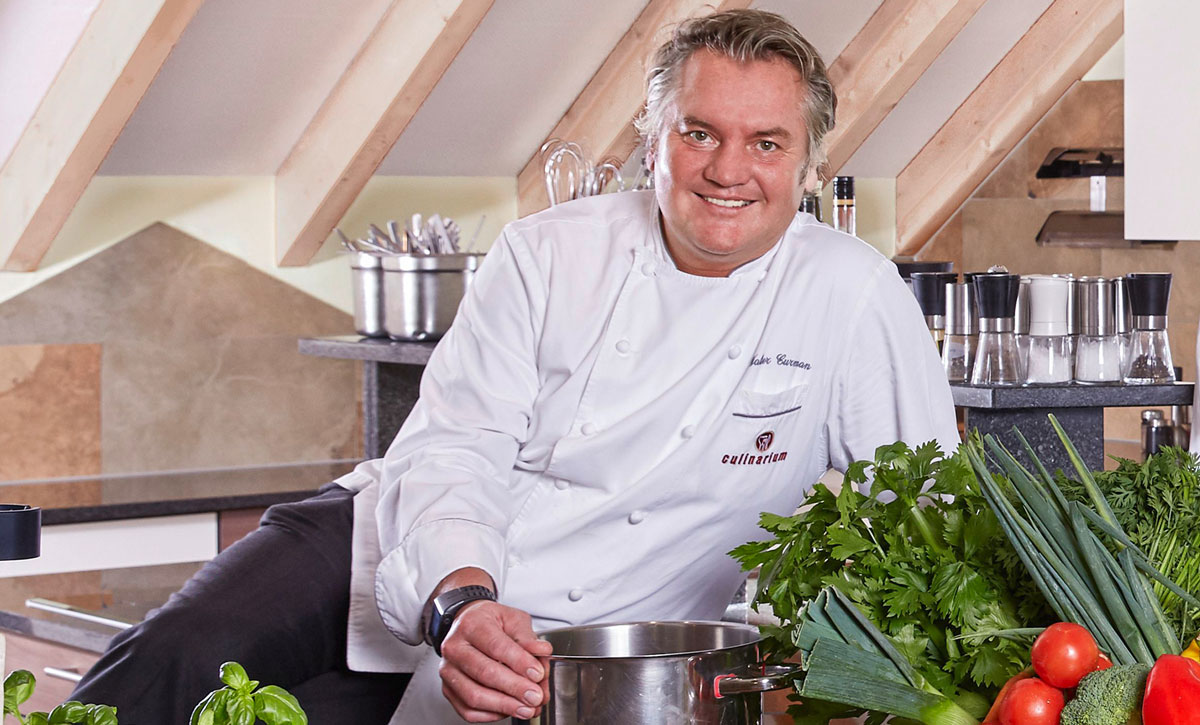 It's Wednesday, 8:10 a.m., and a summer's day that promises warmth. I pick up Walter Curman, my walking companion for today, from his workplace, the kitchen in the restaurant «Culinarium» in Weinstraße in Nittel. I arrive five minutes early and apologise for my «lack of punctuality». Walter greets me with a friendly "Hello!» and his legendary «passt schoo!» («no problem!») in response to my premature appearance. He's been standing in the gleaming restaurant kitchen in a white apron, knee-length leather trousers with bright green braces and red checked shirt as well as hiking boots and red hiking socks since 6:00 a.m. to prepare for the evening; the restaurant opens at 6:00 p.m. today.

Walter, who was born in 1972 and grew up in Styria with the original ingredients and aromas of Austrian cuisine, trained as a chef and won an award as Austria's youngest master chef in 1996 before landing in the Michelin-star restaurant of fellow-Styrian Johann Lafer at Stromburg Castle. Here, he headed the kitchen of the highly acclaimed Table d'Or cooking school and the television kitchen in Guldental from 1998 to 2003. Walter Curman describes Johann Lafer as «My role model and mentor». 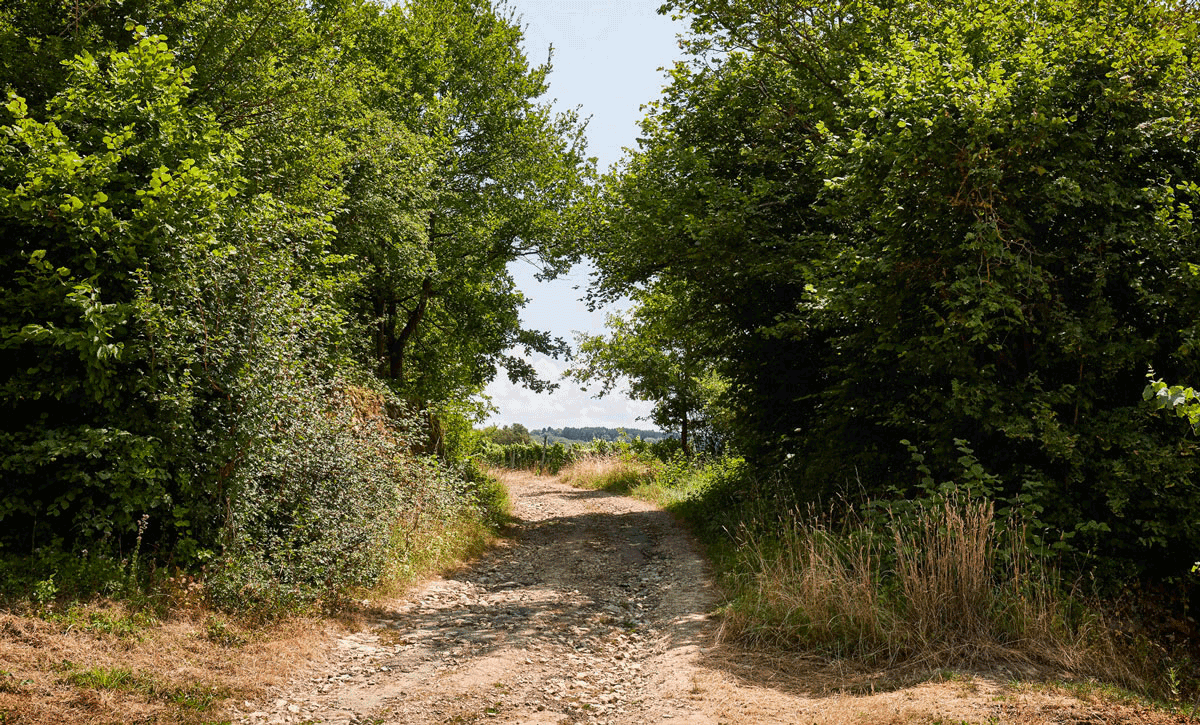 Our backpacks laden with sufficient food for our journey, we make our way to the train station. The regional train, which leaves every hour, travels towards France and takes us to Palzem in 12 minutes. The name comes from the Roman «palatiolum», which means «small palace». There is said to have already been a bridge over the Moselle here back in Roman times. The access road marking leads us past the church to the outskirts of the village. From here, the Moselsteig leads through vineyards to the edge of the forest and the chapel of St. Michael.

It takes us further into the forest, climbing noticeably, where, at the edge of the forest, we are rewarded with a fabulous view of the calm landscape. In the distance we can make out the silhouette of Helfant Cathedral, a highlight of this stage. In the small village of Helfant with its surprisingly big church building, we stop for a short rest in front of the church. We refresh ourselves with the Gerolsteiner sparkling water from my home in the Eifel region before paying a worthwhile visit to the venerable Helfant Cathedral. Behind the cathedral, the hiking trail leads us back out of the village. 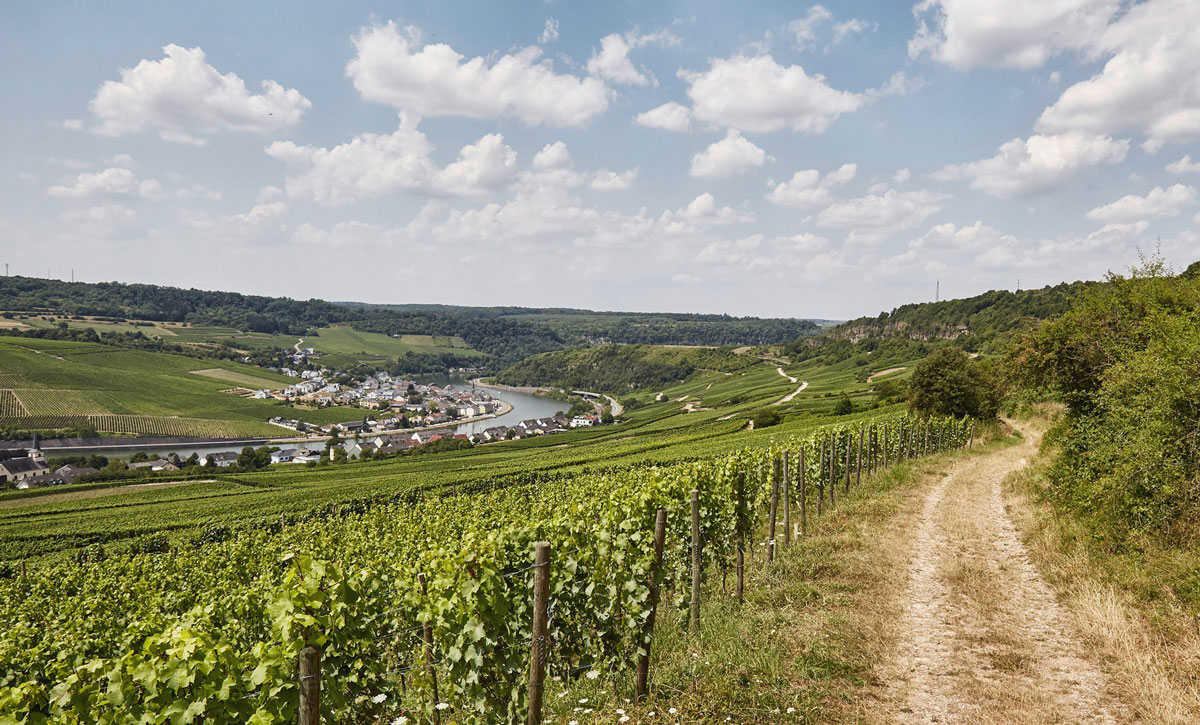 The next section of the trail is an easy but steady rise through the «Haardtwald». It becomes very steep before the summit, but the view from the edge of the forest compensates for the effort. The magnificent view looks out over the lovely Moselle valley to the west and far into Luxembourg. Here, we settle down for lunch in the shade of huge heaped bales of straw. In the three-country triangle, we savour some Eifel Landbrot from my old home, fresh, home-grown cocktail tomatoes from my vegetable garden and pumpkin seed sausages as well as «Murtaler Steirerkäs» cheese from Styria, which Walter's wife Carina packed for us.

Carina studied oenology and works at the Mathias Dostert winery in Nittel. At the age of 21, much to her surprise, she was elected the 52nd German Wine Queen on October 6, 2000. Carina and Walter got to know each other and fell in love during on Lafer's cookery television programme while Carina was wine queen. Carina is now responsible for wine growing at the winery, service in the restaurant and raising two children in the family. With a refined and fresh country house cuisine and friendly, personal service in the modern «Culinarium» restaurant, both Carina and Walter serve as inspiration to Nittel's gourmet gastronomy, which is comparable to Michelin-star cuisine. 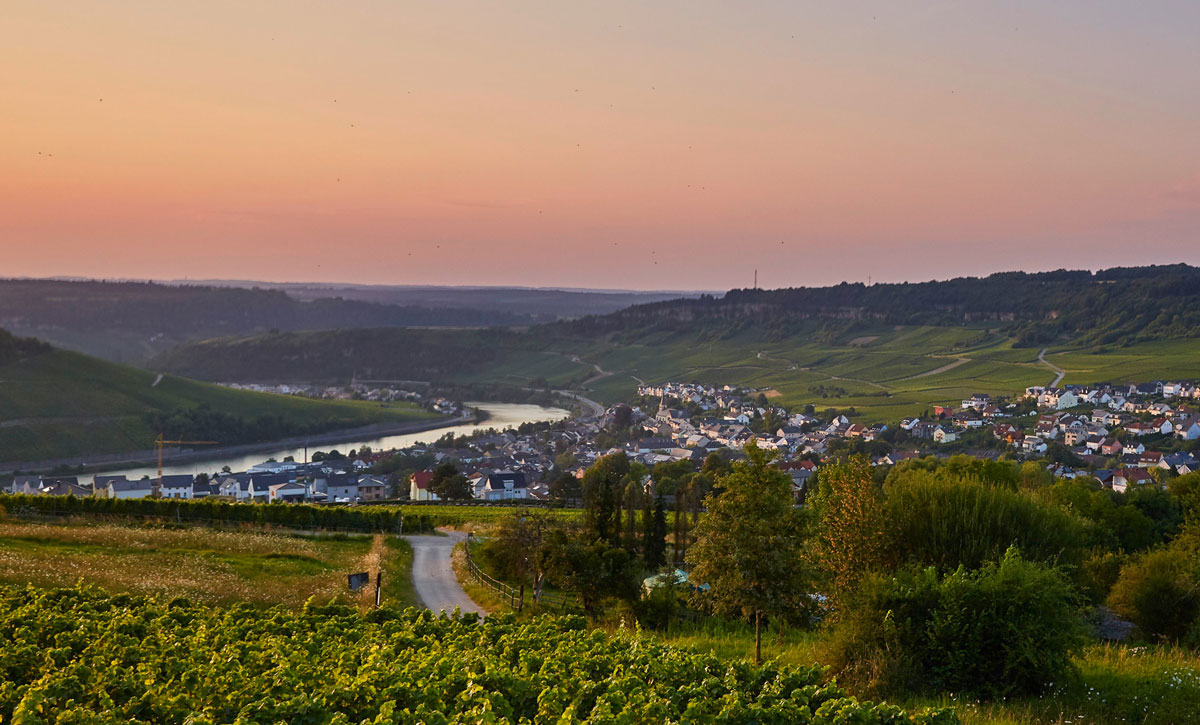 But that's enough chatting. Our batteries recharged, we now continue on the section that leads steadily downhill with a view of Luxembourg, leads past the buildings on the edge of the village of Wincheringen and takes us to a bench with an exhilarating panoramic view. Downriver towards France we can see the lovely Moselle, framed here on both sides by vines, and further upstream to Nittel with its imposing shell limestone rocks. The section that follows is characterised by an interplay of forest, vineyards and meadows with fruit trees. Shortly before the village of Rehlingen, the trail leads along a beautiful path through the magnificent mixed forest. In Rehlingen itself, the steep ascent to St. Martin's Chapel begins, where we are rewarded for our work with another great view.

There are still several meters of altitude to overcome before reaching the edge of the forest. But at the top an even more comprehensive three-country panorama towards Luxembourg, France and Germany awaits. A short, densely overgrown stretch of forest alternates with a short, steeply sloping vineyard passage before the Moselsteig, again slightly ascending, heads towards the houses of the village of Köllig above the Rehlinger Bach. We do not reach the buildings, however, as the path leads upwards again and over the «Kölliger Felz» in the forest. A mysterious section of the route delights with its rustic path lined with rock walls and ancient trees. At the «Hüttenberg» the Moselsteig leaves the forest for this stage and the view of our hometown Nittel is revealed in the vineyards. The descent into the village leads us via the steep way of the cross and via the streets «Im Bungert» and «Rochusstraße» back to the «Weinstraße» in the centre of Nittel.

It is 3:00 p.m. and a fun, interesting and slightly strenuous hike on the Moselsteig is over. After a sweet kiss − on the mouth for Walter and on the cheeks for me − Carina welcomes us with a glass of cool, dry Elbling on the sunny restaurant terrace. Walter soon disappears into the kitchen and, after enjoying another glass of fresh Elbling wine, I make my way home to tend to my tomato plants.

Things to see and do

Here you can find an overview of all upcoming events.

In Nittel an der Mosel you can enjoy yourself and live life to the full.