Luxembourg –
the green heart of Europe

The Moselle separates us by just a hundred metres from neighbouring Luxembourg, the only Grand Duchy in the world, which is known as «Lëtzeburg in the national language. Discover the country from the Ösling in the north to the Gutland around the capital Luxembourg City to the Moselle or «Minette» in the south, the Land of the Red Soil. 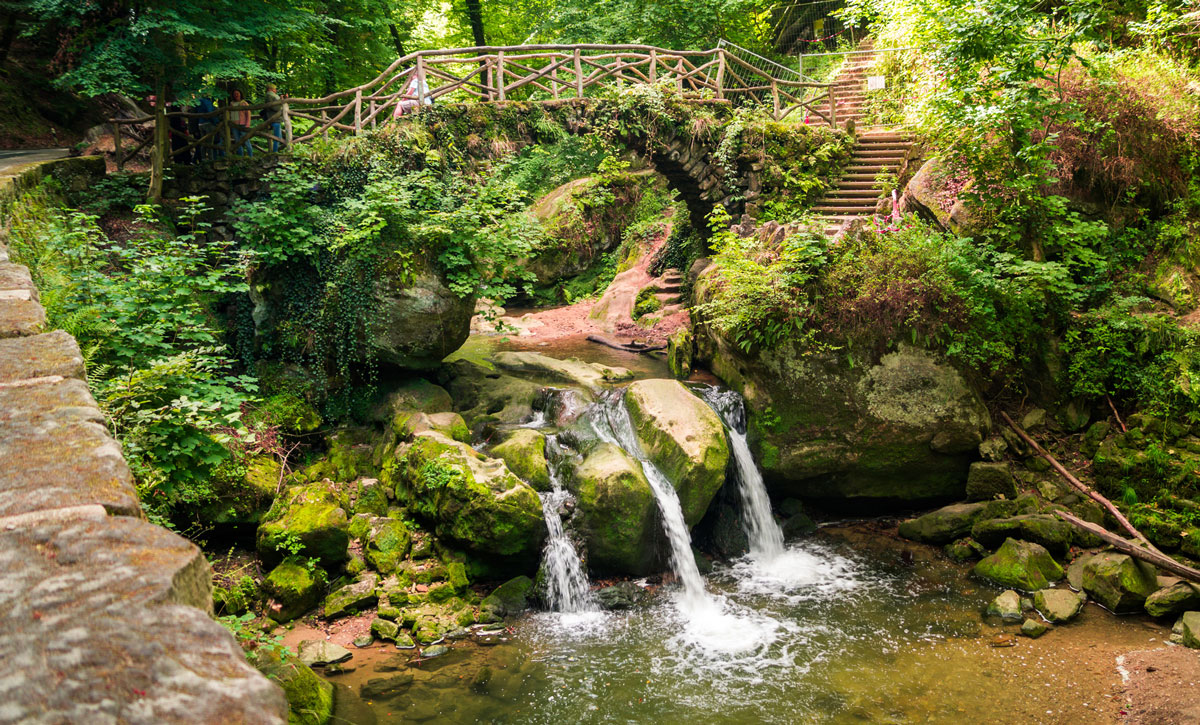 For hikers and climbing enthusiasts, the so-called «green heart of Europe» is a true paradise: In «Little Switzerland», the «Mullerthal», you can walk along a well developed network of paths, passing many rocks and other natural beauties.

Echternach, famous for its hopping procession on the Tuesday after Whitsun, also has something to offer from a cultural perspective: the former abbey with the tomb of St. Willibrord and the Abbey Museum. The latter is mainly dedicated to the scriptorium of the abbey, which was of the most important in Europe in the Middle Ages. 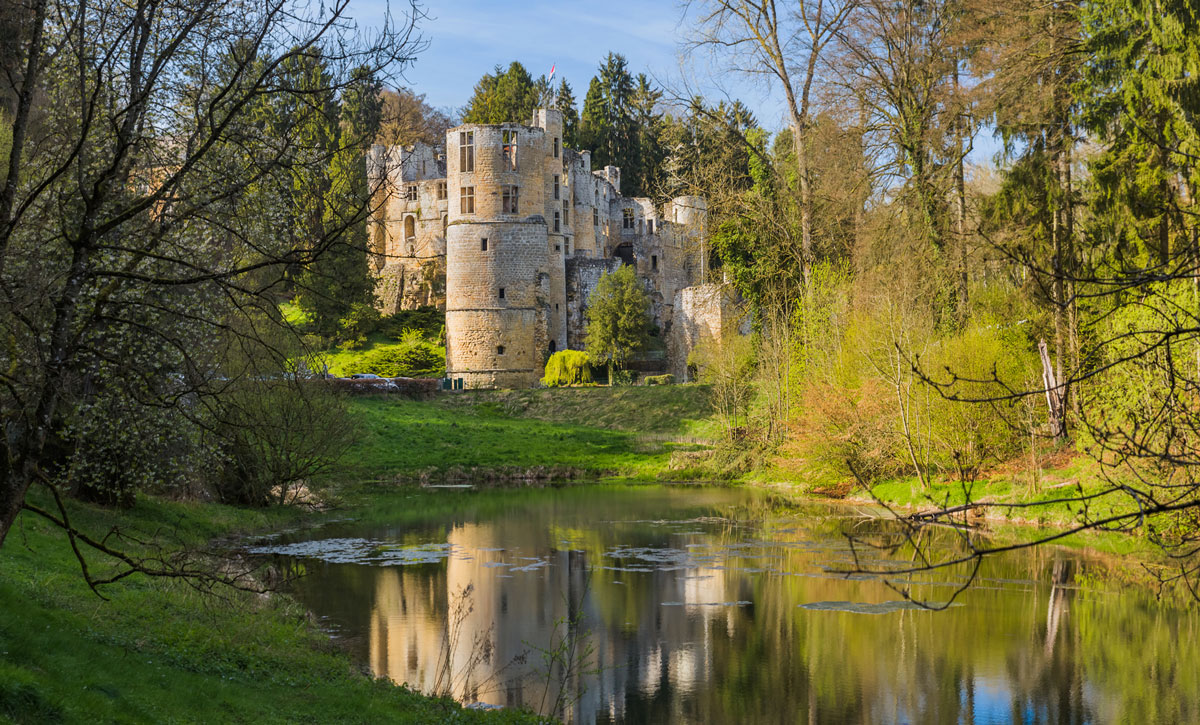 You can also visit the northern town of Vianden with its picturesque houses and one of the largest preserved castle complexes west of the Rhine.

From July to August 1871, the small house on the bridge hosted a prominent guest: The French writer Victor Hugo lived here after his expulsion from Belgium.

In Beaufort, you can see castle ruins and a well-preserved Renaissance castle, which can be visited on certain dates.

A tip for connoisseurs: The famous Cassero, a liqueur made from blackcurrants, is produced here and can besampled and purchased locally.

In the very north of the country, in the castle of Clervaux, art lovers can pay a visit to the photo exhibition «Family of Man» by Edward Steichen, a Luxembourgian who emigrated to the USA. The collection comprises 503 photographs by 273 photographers. 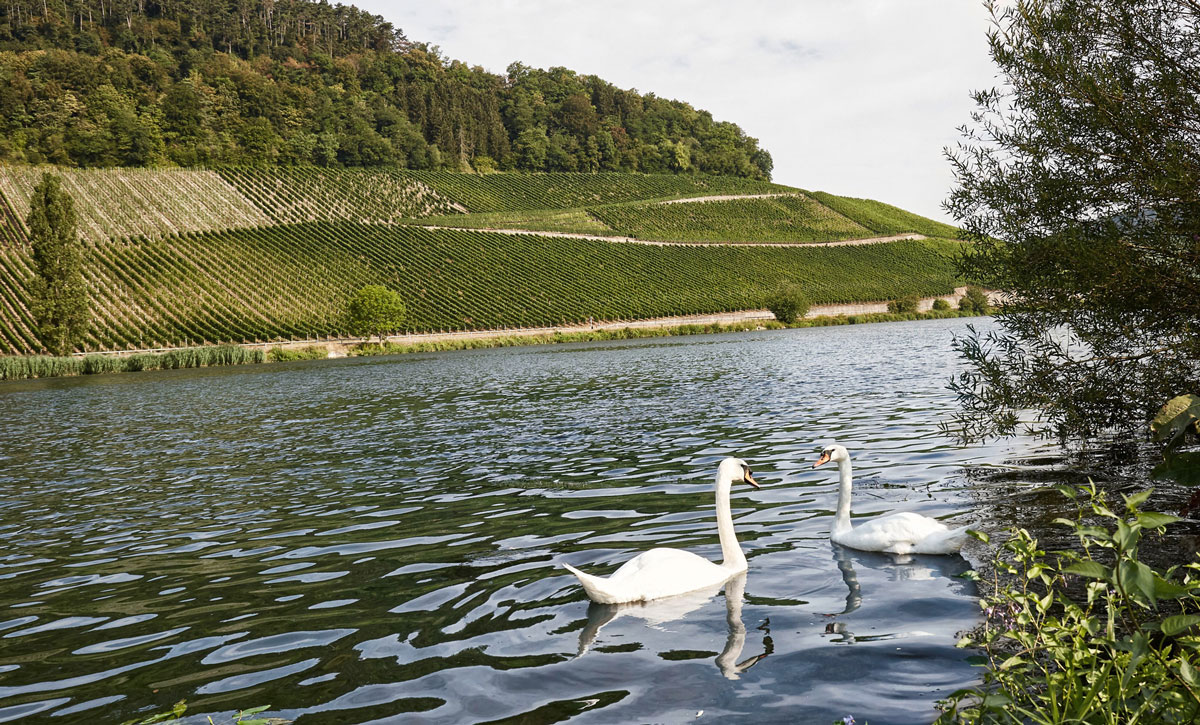 There is also a lot to discover towards the south-east, in the «Miselerland» − the Luxembourg side of the Moselle.

Be honest: Do you know exactly where Schengen is? It doesn't matter, François Mitterrand didn't know back then either. The small community is the most famous unknown place in Europe and is only 25 km away from Nittel on the Moselle, opposite Perl in the Saarland and directly on the border to France.

In the European Museum Schengen, you can find out everything you need to know about the Schengen Agreement, which was signed in June 1985 by representatives from BeNeLux, France and Germany on the ship M.S. Princesse Marie-Astrid and was an important step towards the abolition of intra-European border controls.

The industrial past of the «Minette», the land of the Red Soil, makes it another must for visitors to the area. The name comes from the red iron ore that was decisive for the success of the steel industry in Luxembourg.

Railway fans should pay a visit to the industry and railway park Fond-de-Gras. On certain days from May to September, you can travel on one of the two historic trains and learn what work in the mine used to be like. 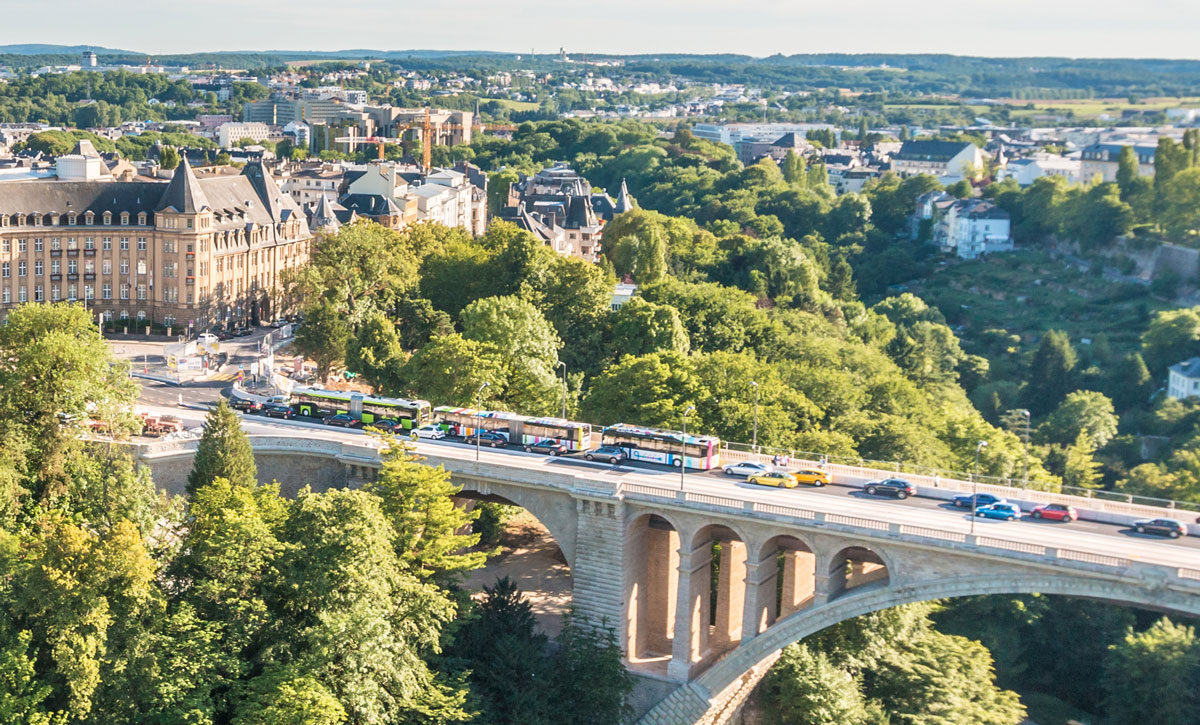 An absolute highlight, however, is the capital Luxembourg City, which you can reach from Nittel by car or bus. Alongside Brussels and Strasbourg, the city with its 119,000 inhabitants is one of the three centres of Europe and exudes a certain internationality.

One of the founding fathers of Europe, Robert Schuman, former French Foreign Minister and Prime Minister, was born and raised in the suburb of Clausen. Take a stroll through the alleys of the upper town, watch the guard in front of the Grand Ducal Palace or enjoy a drink on the Place d'Armes or the Place Guillaume. Visit the casemates in Bock Rock, the place where Count Siegfried built a castle in 963 and the history of the country took its course.

Many famous architects have created interesting buildings on the Kirchberg. Highlights include the Philharmonie, designed by French architect Christian de Portzamparc, and the Museum of Modern Art MUDAM, designed by Ieoh Ming Pei, are particularly noteworthy.

Is your time at the Southern Wine Moselle too short for all these things?
Then come back and keep returning − there is still much to discover in Nittel and in the three-country triangle!

P.S.: You can find even more information about our neighbouring country on the website: www.visitluxembourg.com