Trier – one of the oldest cities in Germany

A city that's just a 25-minute train ride from Nittel ... but does Trier have more to offer than «just» Roman constructions? It's a city where many nations live under one sky and its strong connections to viticulture weren't only in Roman times. 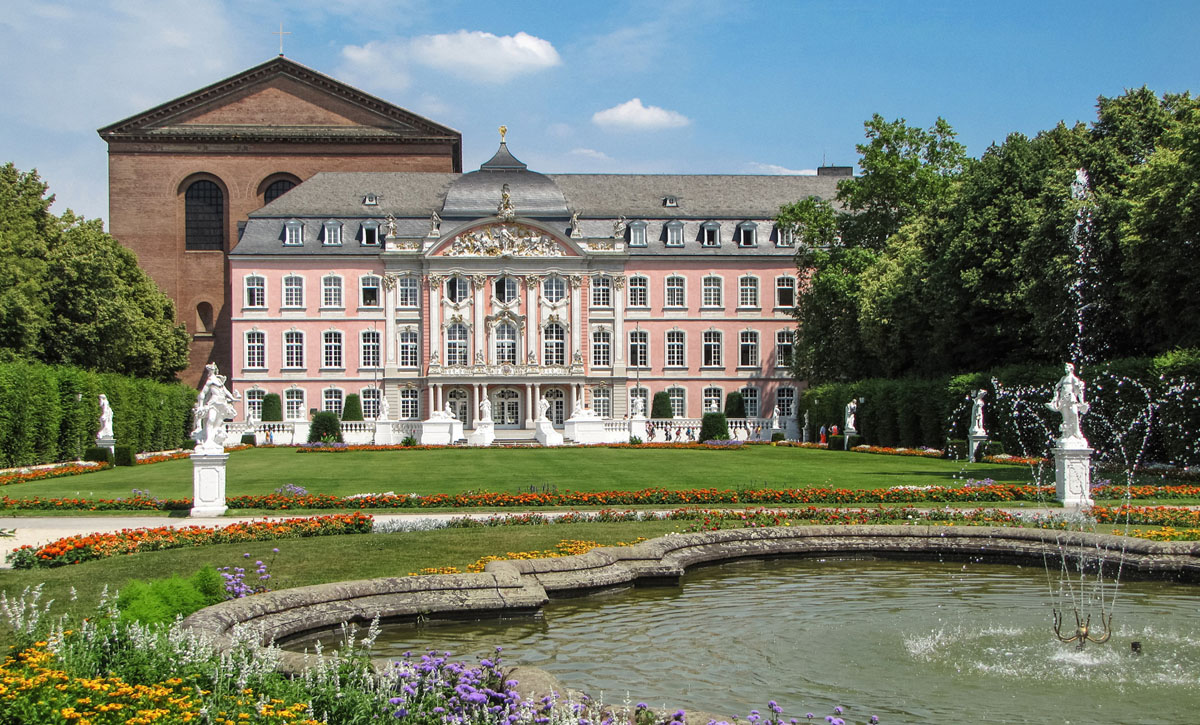 It doesn't matter whether you come towards the Trier valley over the hills from the Eifel region or approach the city from along the Moselle − at first sight, Trier tends to make a rather reserved impression. The Moselle divides the city in two. But once you realize that the city life mainly takes place in a square set out by the Romans, you quickly get an overview of a city that is small, refined and easy to grasp.

At the latest when you catch a glimpse of the view from the Mariensäule or from the Petrisberg over Trier, it becomes clear why this city is always worth visiting. Here, you can find numerous museums to suit all tastes. Archaeologists and those interested in history will find everything imaginable in the Rheinisches Landesmuseum. In the birthplace of Karl-Marx, you can find out everything you need to know about the social reformer, and in the city museum, you can follow the history of the city from the Middle Ages to modern times. There is also the Museum am Dom, which focuses on Christians in Trier and the toy museum on Hauptmarkt with exhibits from over 100 years ... 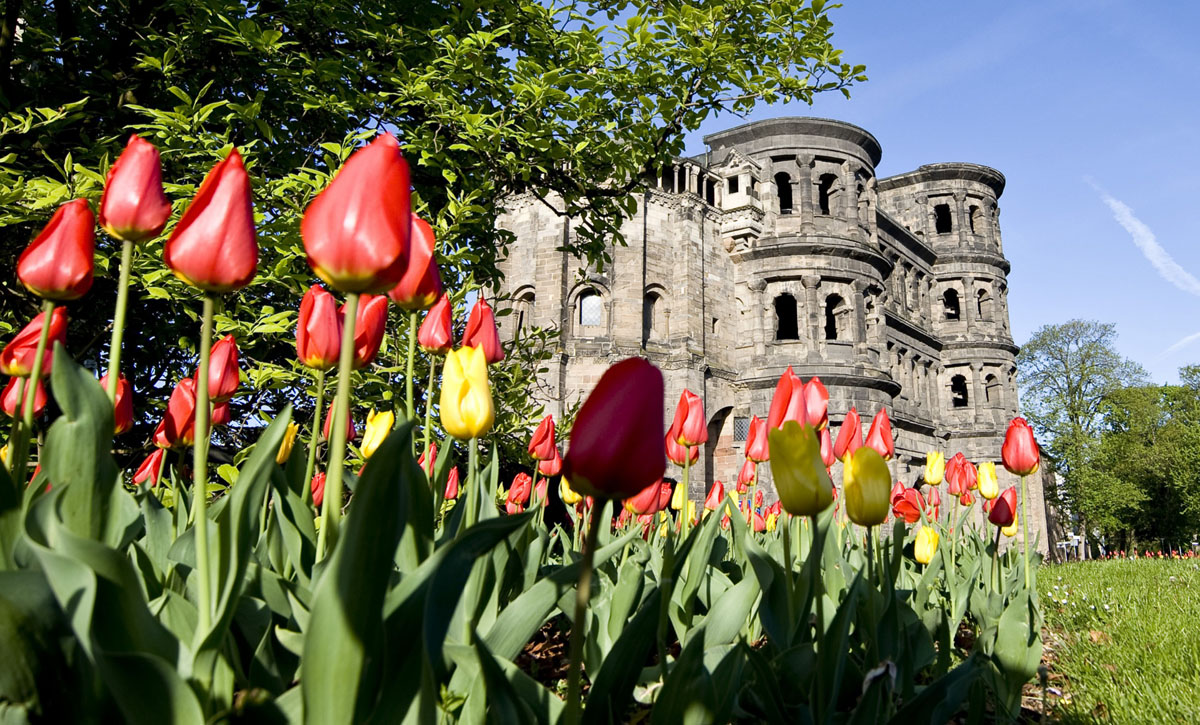 If you would like to take a look at the Roman constructions (after all, they are practically unavoidable), there are several breathtaking examples. An absolute must is, of course, the Porta Nigra, a former Roman city gate built from 170 AD. It is the landmark of the city and, since 1986, it has been part of the UNESCO world heritage in Trier.

Another impressive construction is the remains of the imperial baths − an extensive late-antique Roman bathing complex, once one of the largest Roman thermal baths north of the Alps. The amphitheatre completes the trio of large Roman buildings. After its completion in the 2nd century AD, it offered enough space for 20,000 people to take part in bread and games. 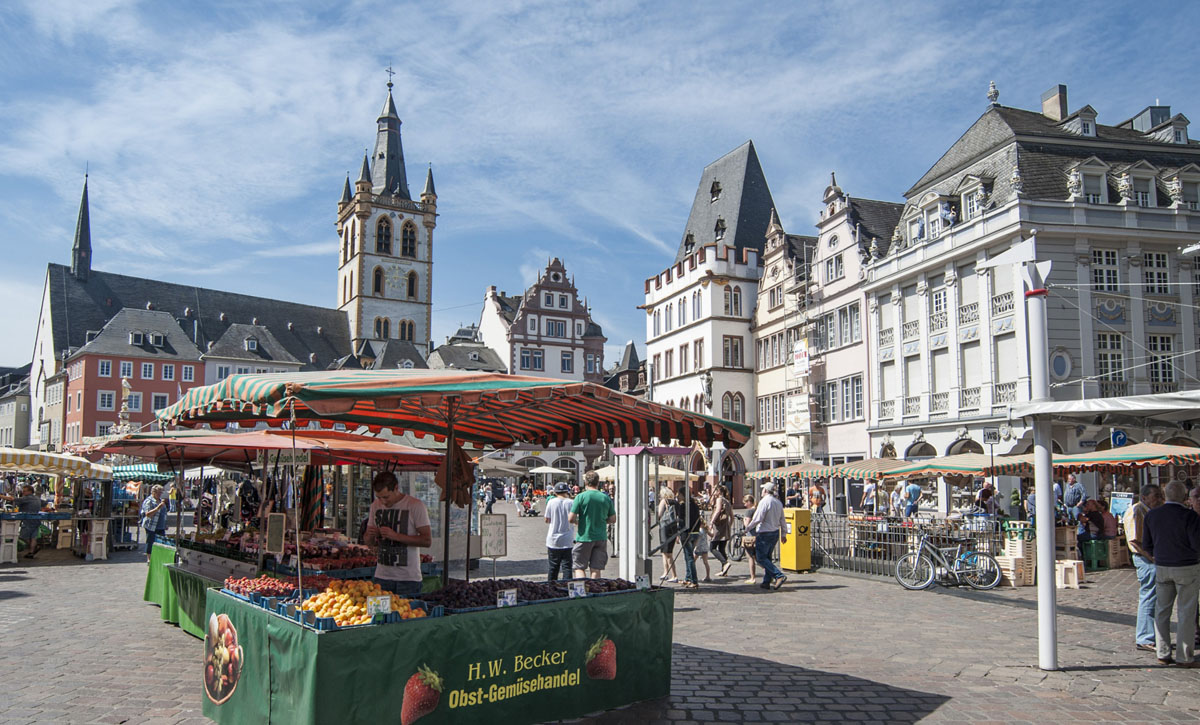 In summer, life in Trier moves outdoors. Many squares provide an inviting opportunity to end the day in comfort in the pedestrian zone or to take a break during a city tour. Of course, you can also do this while enjoying a glass of wine. If Nittel is the metropolis of Elbling, for centuries, Trier has been the centre of enjoyment for Riesling.

Germany's oldest wine cellar is located on the banks of the Moselle. The «landlord» here is the «Stiftweingut der Vereinigte Hospitien». In many side streets, Trier even looks somewhat «metropolitan». Many small shops offer individual, handmade products from the region and culinary enthusiasts can also find something that appeals. Whether it's sushi, homemade burgers, Moselle-Franconian specialities such as those found in Nittel, or upscale gastronomy – there is something here for everyone.

You can reach Trier from Nittel either by car, which you can park in one of the numerous multi-storey car parks within walking distance of the city centre, or by train, which stops at two railway stations in Trier. Or you can take your bike. The cycle path leads from Nittel directly along the Moselle to Trier.